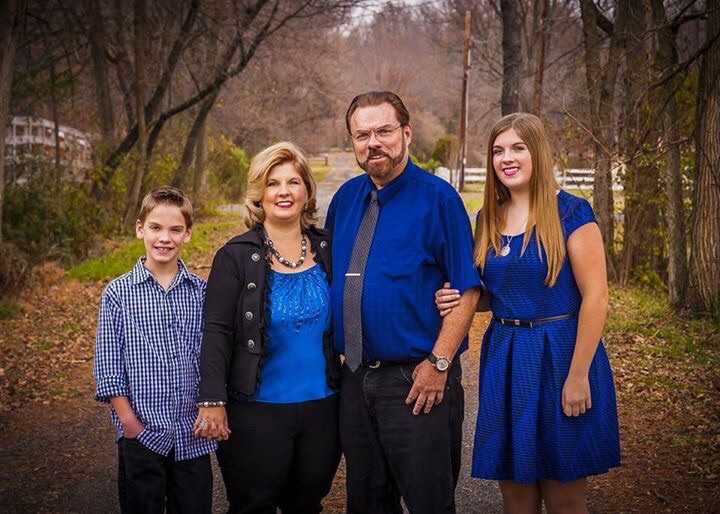 My healing testimony starts a year after the birth of our daughter, Grace. I started experiencing moderate back pain, it wasn’t the usual back pain symptoms it was a radiating deep pain that would start as soon as my feet hit the floor and get worse as the day went on. I went to doctors and physical therapists, no one knew what was causing the pain. Nothing they did would make the pain go away, but would give temporary comfort. After about a year with this pain and also not being able to conceive a child again, my gynecologist suggested that I have exploratory surgery to see if I had developed endrometriosis. So in early December of 2002  I had that surgery, Dr.Stokes said he cleaned things up a little but saw nothing that would be causing me so much pain, no sign of endrometriosis. I was then recommended to long term pain management. This was very upsetting for me, I did not want to live on pain medicine to function without pain. All along I had been praying for healing but thinking I needed to know what was causing this pain. I decided I did not need to know what was causing the pain. I was going to believe that God knows and he would heal me. Our Pastor  Star Scott at Calvary temple church had taught on making our God big, and so I was going to do that. I was not going to do it to get healed but just was commited to allowing God to be Great in every area of my life. A few months later we had a very powerful service at Calvary Temple. The presence of God was definitely there and I had been strengthened in my faith over the past months despite the pain I was living with. That night the service from Calvary Temple with Pastor Star Scott teaching ended with people standing praising God. As I left that night I noticed I wasn’t in pain, all night I thought I think I may have been healed. It wasn’t a healing service but God was there. I wasn’t seeking to be healed during that service but God had definitely visited. The next morning I jumped out of bed, and was so excited to not experience any of that deep setting  radiating pain. I usually would feel it first thing in the morning sometimes as soon as getting in the shower. I was so thankful and still wanted to make sure I really was healed. I got Grace dressed and put her in the stroller and walked 2.5 miles to our church Calvary Temple,  I experienced no pain along the way it was gone. I gave praise to Jesus the whole way, when I got there I first saw my husband and told him that I got healed in last nights service, we rejoiced in that together. Then I remember telling others that had been praying for me. To complete the miracle God had done in me, in March of 2003 I found out that I was pregnant. Jesus healed me of the back pain and allowed me to get pregnant. I saw this as such a gift from God, a true blessing. God is always wanting to bless us more abundantly than we can ever imagine. Throughout my pregnancy and to this day 11 years later I have never ever once experienced that radiating back pain ever again. Praise the Lord.