Sarah Kain began having unusual symptoms in the fall of 2015. Her health deteriorated quickly and launched her family down a road of medical tests, discovery and faith. This is the harrowing story of her mystery illness and near death. But God’s hand was always there to heal, and set her free.

The following testimony was submitted by Sarah Kain

Having always been a healthy, strong, energetic young woman, I knew I hadn’t felt like myself in a while.  I kept blaming it on the fact that I was now a mom of 2 young kids. This constant state of exhaustion was my new normal. Everything I ate or drank gave me pain, reflux or nausea. My body ached, I had zero energy and I was covered in bruises. I experienced intense itching all over my torso. My abdomen was extremely bloated even though I’d unintentionally lost 10 lbs. I had swelling and pitting in my legs from fluid. My skin and eyes had a yellow hue, and some other disturbing symptoms I’ll spare you the details of.

I told my husband one Sunday as we were leaving church, “I feel like my body is shutting down.” It wasn’t until January 2016, after I’d experienced a miscarriage that I couldn’t seem to recuperate from, that I finally had to see a doctor. 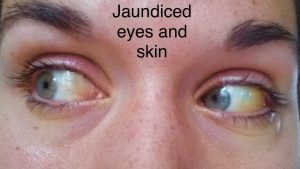 One morning I was feeling very discouraged about the mysterious condition I was in. I began pouring my heart out to the Lord.   I opened my Bible and began reading about the life of King Asa.   Immediately the words on the pages came alive and spoke to my spirit.

2 Chronicles 15:12-13 Asa in the thirty-ninth year of his reign was diseased in his feet, until his disease was exceedingly great: yet in his disease he sought not LORD, but looked to the physicians.”

It was in this moment that the Lord impressed so clearly upon my heart that I was to seek GOD and not solutions from the doctors for whatever illness was going on in my body.

I shared this with my husband and although we didn’t fully understand all that would entail at the time; I was fully persuaded that this was the direction God had for me.  All I knew was if I kept my eyes on the LORD, no matter what was going on in my body, everything was going to be OK regardless of whether or not I was healed. 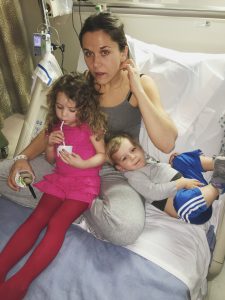 On February 15, 2016, my primary care doctor told me that something was terribly wrong with my liver and I needed to go to the Emergency Room right away.  When we arrived at the ER, they informed us that I was in liver failure and they didn’t know why. I was an otherwise healthy 28-year-old female that had never smoked, drank alcohol, or done drugs.

Normal liver enzymes are between 0 and 55.  My liver enzymes at the time were 961.  Normal bilirubin levels which causes jaundice are between 0.2 and 1.2.  Mine was 10.6.  The doctors were very concerned and began running every test checking for hepatitis, liver diseases, genetic diseases, parasites, cancers etc.  I was immediately hooked up to heart monitors because when your liver doesn’t function, your blood becomes very toxic and can lead to heart and brain failure as well.

My husband sent a message asking our church family for prayer.  Soon after the message went out for prayer many of the terrible symptoms, discomfort, and exhaustion I had experienced for months began to subside.

So much so, that I wanted to go home, but the doctors objected. They kept me in the hospital for a week as they closely monitored me, ran tests, and consulted with many physicians and specialists from other hospitals and liver clinics.  During this seemingly turbulent time, my husband and I were in complete peace.  I hated being stuck in the hospital, but there was no fear, no crying, no asking why.

I felt like the Lord had me cradled in His hands above the storm.

During my hospital stay, the Lord gave me multiple opportunities to minister to others with severe illnesses, as well as, many of my doctors and nurses.  My Pastors, family, and friends visited me daily in the hospital, cared for my husband and babies while I was unable too, and offered up many prayers on our behalf.  I am so thankful for my brothers and sisters in Christ.

I was diagnosed with autoimmune hepatitis, and likely had battled it longer than we realized.

There appeared to be extensive damage already done to my liver.   Autoimmune hepatitis is not contagious. It’s a rare, but serious condition where your immune system attacks healthy liver cells which ultimately leads to cirrhosis and liver failure as I was experiencing.  The MRI showed that my liver was extremely swollen and had hardened masses in it, which meant this disease had raged in my body for some time. The specialist explained to us that the only treatment option was to try to slow the progression by suppressing the immune system and reducing inflammation in the liver. There was no cure.

“Jesus said unto him, If thou canst believe, all things are possible to him that believeth.” Mark 9:23